CPM first took place in 2003 and was organised by Igedo Company, Messe Düsseldorf GmbH and Messe Düsseldorf Moscow OOO. Ever since then it has developed into the largest and most important fashion tradeshow for the Eastern European region and also asserted itself as such during the more difficult times.

At the same time, the supervisory board decided to sell all of the shares held by Messe Düsseldorf GmbH in Igedo Company to its second shareholder, Mr Philipp Kronen. 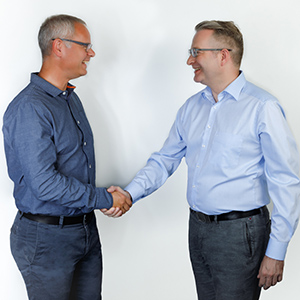 Mr Philipp Kronen, Managing Partner of Igedo Company, is confident: “Today I am happy and sad at the same time! On the one hand, I’m delighted that Igedo Company will once again become a 100% family-owned company, but on the other, Messe Düsseldorf GmbH has always been a fantastic partner. In fact, we couldn’t have wished for better. But now we need to look to the future and concentrate our full attention on successfully organising tradeshows in Düsseldorf for the clothing and shoe industry. It goes without saying, however, that I am also really looking forward to organising CPM in Moscow on behalf of our colleagues from Messe Düsseldorf Moscow OOO.”

Mr Werner M. Dornscheidt, Chairman of the Board of Managing Directors at Messe Düsseldorf GmbH, is sad to be parting ways but confident that it is the right decision: “With the sale of the shares to Mr Kronen, we can rest assured that the excellent, long-standing tradition of fashion tradeshows in Düsseldorf will be continued. It was time for us to reconfigure these tradeshow matters within the group. We already started the ball rolling back in February 2017 when the organisation of the shoe tradeshow was transferred to Igedo Company, and are now continuing to resolutely pursue this path.”

And Mr Thomas Stenzel, CEO of Messe Düsseldorf Moscow OOO, is satisfied with the outcome: “In view of the intensive developments of the Russian market, the next logical step is to now officially organise CPM as a Russian event. This is happening in close consultation with our reliable international partners, especially our colleagues from Igedo Company and Messe Düsseldorf GmbH. So, we are more than well equipped to continue guaranteeing the high standards expected of CPM.”