With effect from 1 January 2018, Ulrike Kähler has been appointed managing director with sole power of representation by the shareholders of Igedo Company. This now makes her, in addition to Philipp Kronen, the second managing director listed in the commercial register. “As an authorised signatory, Ulrike Kähler has already been a member of the board of management since 2014. For her extraordinary commitment to her projects in Düsseldorf, this next step in her career is more than deserved,” sums up Philipp Kronen.

This appointment is accompanied by a division of responsibilities within the company management team: Philipp Kronen will be concentrating on finances, controlling, HR and corporate strategy while Ulrike Kähler will continue to shape the direction of the Düsseldorf platforms Gallery and Gallery SHOES, focusing on tradeshow strategy and marketing. “Intelligence and emotionality are fundamental in the fashion business and essential for the success of our trade fairs,” adds Philipp Kronen. “We have been working together for almost ten years and I have the utmost confidence in Ulrike Kähler.”

Igedo’s senior management team will be completed by project director Christian Kasch, who has been at the helm of CPM Moscow for almost 15 years. 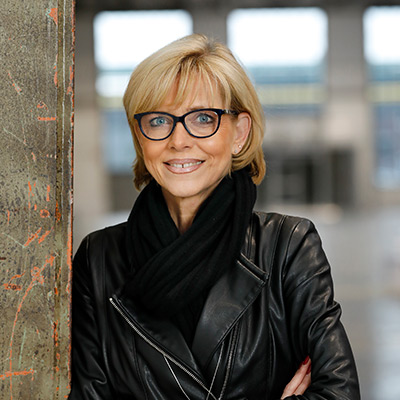 Ulrike Kähler actually paved the way for her career during her childhood: as the daughter of the owners of children’s fashion store Ulrich & Ulrike on Schadowplatz in Düsseldorf, which her parents managed for over 50 years, she grew up learning about all aspects of the business, including tradeshows.

But Ulrike Kähler really got her foot in the door of the trade fair business in 1985 with a traineeship as event manager in the protocol department of Messe Düsseldorf, followed by other project management roles within the company. After joining the ranks of Messe Köln (Cologne’s international trade fair and exhibition centre), she carried out new tasks as project director, including of consumer goods fair Anuga for example. She returned to Düsseldorf in 2006. At Igedo Company she started out as assistant to the management. In 2013 she was responsible for developing Little Gallery, an innovative kidswear tradeshow concept and then in 2014 she was appointed Project Director of Gallery. It was in this position that Ulrike Kähler also got Gallery SHOES off the ground in 2017 – with resounding success. Both events take place on the Areal Böhler in Düsseldorf in a modern, contemporary setting and, with their timing and strategies, together offer new potential on the national and international tradeshow landscape.

“This is fantastic recognition of my efforts and my unconditional belief in this almost 70-year-old family-run company that is already in the third generation! I believe in our formats, our service, our appeal and the potential of our framework, with which we are setting international benchmarks in terms of the scheduling and aesthetics of the events. Effectively deploying employees’ talents, connecting people, being involved in the development of innovative projects and leading them: that is what drives me. I enjoy making a valuable contribution and want to make a difference. In the coming years I still want to achieve a lot with my management and team colleagues, both for Düsseldorf as a fashion destination as well as in the further development of the CPM in Moscow. I remain as ambitious as ever,” concludes Ulrike Kähler.